Where are all the robots in manufacturing? 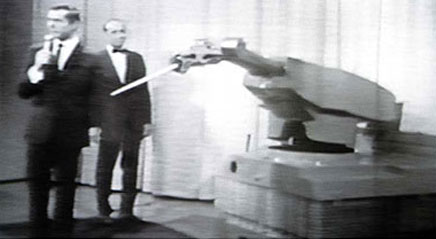 This is far from the reality for most American manufacturers. If you are in manufacturing, you know all too well the barriers to automation that have held back domestic production for decades. If you’re not in manufacturing, you’ve been lied to! Most manufacturing does not happen at the scale of the largest brands: 99.3% of manufacturers in US have under 500 employees. 75% have a headcount under 20. The majority of manufacturers that form the lifeblood of the physical economy are run by individuals and families, businesses that have endured and prevailed through major challenges. They comprise more the 99% of manufacturers in the United States, and yet they are regularly overlooked by the public media, and their needs go unmet by the people supposedly designing the future of automation.

Why are robots missing from 99% of American manufacturing facilities?

The automation industry is dominated by industrial engineering firms building custom bespoke solutions for the highest bidders. Manufacturers have the option of either hiring an automation integrator or building their own in-house team, both costly investments. And while these bespoke solutions may work for some facilities, their custom nature undermines the versatility and agility that allows most American manufacturers to stay competitive. The reality is that automation is inaccessible to 99% of American manufacturers, and it's not for any good reason.

In practice, how is the average American factory different from the biggest ones?

Small manufacturers often spend a lot on OpEx, but don’t have the mountains of cash or credit available to global conglomerates. This doesn’t work if you need to pay someone to build you custom software and hardware months before you even start making back ROI.

And even off-the-shelf automation hardware is expensive! A 36 month ROI is considered a great outcome in conventional automation. This is simply not feasible for most businesses.

The highest producing facilities can make the same product all day long for decades.  But most manufacturers manufacture many different SKUs and have to make multiple different products using the same tools, and have to adapt what they make and how in order to stay competitive. This is a major strength of smaller and mid-sized manufacturers, but it makes it impossible to adopt automation, as an expensive, custom-tailored solution will never be able to handle to change that defines these workflows.

If adopting automation means throwing out a businesses' ability to react to changes in the market and stay agile, nobody can blame manufacturers for holding back.

Let's say you are a mid-sized manufacturer, you have the capital, and your lines don't see any changeover at all. Even then, most of the work your staff does with ease – like bin-picking – is outside of the realm of possibility for most robots. For decades, robots have been blind to their environments, unable to pick out of clutter and requiring expensive and time-consuming fixtures and work-cells to accomplish even the simplest tasks. The best-kept open secret in robotics is that most robots arms in production can do no more today than they could several decades ago.

At Tutor, we've taken a hard look at the barriers that preclude robots from entering the vast majority of manufacturing facilities – technological barriers, financial barriers, narrative barriers – all of it. We build technology and business solutions that takes these constraints in stride. At Tutor, we've designed a new type of automation, born out of tomorrow’s technology, to enable manufacturers to automate today.

Reach out to us at sales@tutorintelligence.com to start a conversation; no commitments expected (now, or ever). Let's talk!

What do I need to know about robots before starting to look for automation?

A short list of what to expect when you're expecting robots.

Will robots really work for me?

Learn how to evaluate whether robots can work for you and your facility.

Where are all the robots in manufacturing?

Learn about the barriers to automation blocking most manufacturers from adopting robotics, and how to break them.